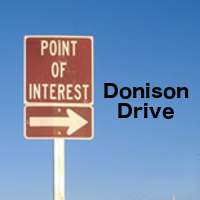 Wouldn't it be something to have a street named after you?  If you are a Donison you can hold your head high as you cruise your car up and down Donison Drive!

According to the book Regina, the street where you live: the origins of Regina street names on page 25, Regina, Saskatchewan has a "Donison Drive" named for the pioneering Donison family.  The commemorated Donisons arrived in Saskatchewan in 1900 which is a few years earlier than the wave of Romanians that would later sweep into the area.

Donison Drive is located in the southeast corner of the city in the Woods Meadows neighbourhood.  According to Google Maps the street measures 170m in length.  Don't be disappointed by it's length. Remember, it's not the size of the street that matters it's all in how you use it.

Nicolae “Nick” “Shkeoppo” Donisan and his sons Gheorghi “George”, Laurenti, Constantine and Ion “Nicuta” “John” pioneered in the area when it was still called the Northwest Territories.  You can read more about their experience in Donisan Family: Early Settlers. 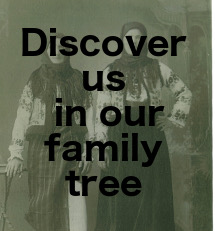